There is a mystery that remains hidden within the folds of history. Authentic slave quarters were often located a distance from the Big House. Multiple families occupied the small dwelling. The living conditions left much to be desired. They were made of cheap materials for the sole purpose of housing chattel. A small hearth was used for heating the space and cooking the food. The dwelling was cold in the winter and hot in the summer. They slept on the floor and had little time to consider comfort for they were in the fields or house working from sun up until sun down. These are the original slave cabins of the Evergreen Plantation in Edgard, Louisiana. There are 22 remaining and it is still a working sugarcane plantation today. 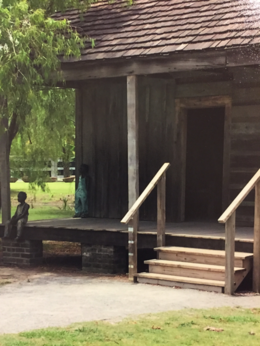 Live Oaks are common in Louisiana.  There's something mystical about Spanish Moss. Spanish Moss was used for stuffing mattresses by the early settlers. Slaves in Louisiana worked for themselves on Sunday. They would go to church in the morning and spend their afternoons gathering moss into bales, drying it, and selling it along the river. The money was used for many things such as, buying their freedom. Do not make the mistake of thinking that enslaved people were idle and only worked for their masters. They peddled many items from crops, to fabrics, to molasses, and artisan work. They were subversive, and not as submissive as we were taught. This picture is along Old River Road in Edgard, Louisiana. 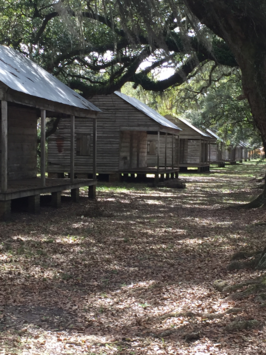 Not all slaves were illiterate. Laws inhibiting the practice of educating slaves, in the South, came about in the mid 1700s. Prior to that there were no definitive laws prohibiting the teaching of slaves. Even after laws forbidding the education for enslaved people were passed, it didn't prevent the education of all Blacks. Some masters allowed slaves to read the Bible. Slaves that learned to read taught others. Literate Blacks were more likely to reside in the city. Free People of Color (Le gens de cooler) of New Orleans were most likely literate. A few owned businesses, property and chattel (slaves). The Ursuline Academy in New Orleans founded in 1727 had the first classes for African slaves, free women as well as Native American women. Contrary to popular belief, both middle class and poor whites were often unschooled and illiterate in the 1700s.  Education was often reserved for the wealthy. 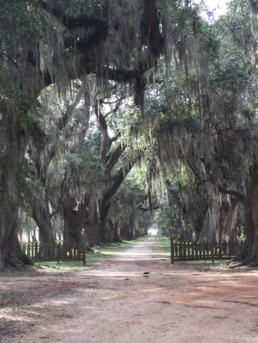 Slavery was not restricted to adults. Children played a significant role in the functions of the plantation. Every slave had a job. The only slaves that were allowed to be nonproductive were toddlers and those too old to work any longer. The children performed tasks such as housework, cutting glass, weeding the sugarcane fields, taking cattle out to the fields, keeping watch over the livestock, laundry, making  brooms, chopping wood, the list goes on and on. They learned early on that their age did not excuse them from hard labor. Many slave children died during their first year of life. Malnourishment and harsh conditions were the main cause of untimely death. A statue of an enslaved child at the Whitney Plantation in Vacherie, Louisiana. The beautiful sculptures are the proud work of Ohio-based artist Woodrow Nash. They reside throughout the Whitney Plantation and can be purchased on the Plantation or at local art galleries in New Orleans.